Attorney Rachel Fierro received her Bachelor's Degree in Political Science from the University of Maine and her Juris Doctorate from the New England School of Law in Boston, Massachusetts. Her primary practice areas are Family Law, Traffic and Criminal Law. She has obtained favorable judgments at trial for a variety of family law related matters, including custody and property distribution matters. She has further represented clients on a range of criminal charges, from speeding tickets to First Degree Murder charges. She is admitted to practice in the Commonwealth of Virginia, the U.S. District Court for the Eastern District of Virginia, the U.S. Court of Appeals for the Fourth Circuit, and the Supreme Court of the United States of America. 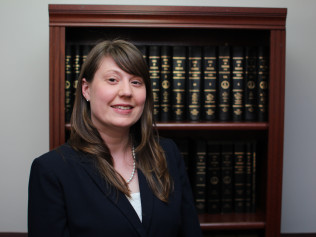